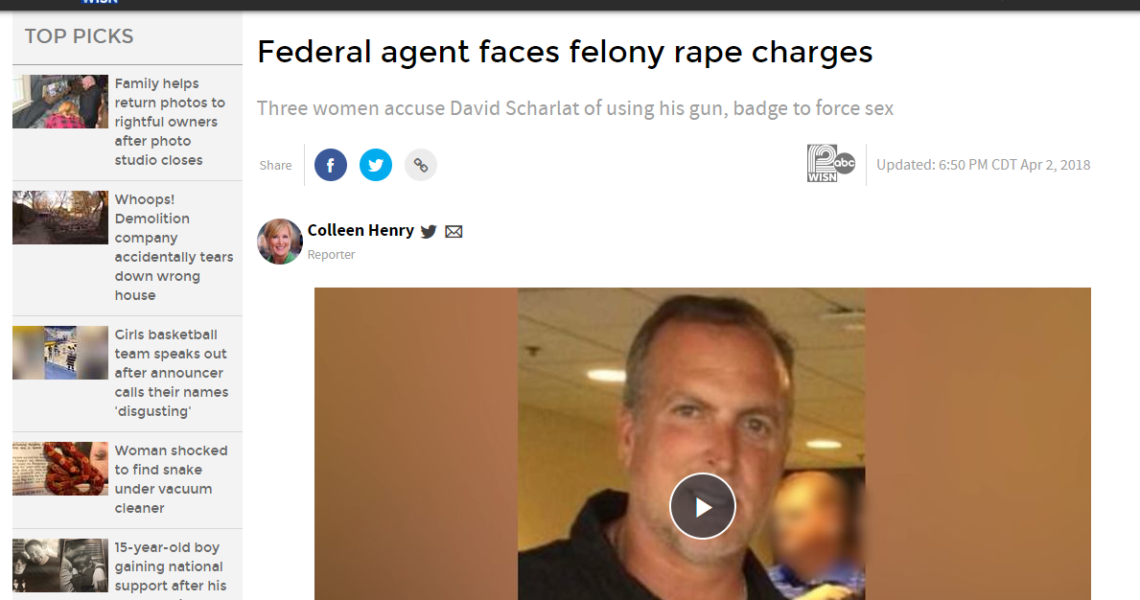 WAUKESHA COUNTY, Wis. —A 17-year veteran of the U.S. Department of State who is currently assigned to criminal investigations faces felony rape charges stemming from accusations made by three women with whom he had relationships.

According to a criminal complaint, one woman alleged that 53-year-old David Scharlat sexually assaulted her twice, including one time at an Oconomowoc hotel. She said his gun was on the nightstand and he was wearing his badge.

A second woman said Scharlat forced sex with her twice. According to the criminal complaint, one of the sexual assaults occurred at the home of a former City of Brookfield police lieutenant. The complaint said the lieutenant warned Scharlat, “No funny business tonight. She’s hammered.”

A third woman says Scharlat sexually assaulted her at his home. That woman says when she tried to break up with him, Scharlat said he would find her: “Do you know who I am? I’m a federal agent.”

Scharlat had no comment when reached by WISN 12 NEWS at his Oconomowoc home on Monday.

If convicted, Scharlat could face 150 years in prison. The State Department declined to say if he’s still on the job, but said it has zero tolerance for sexual assault.

Scharlat is not in custody. He is scheduled to make his first court appearance next week.