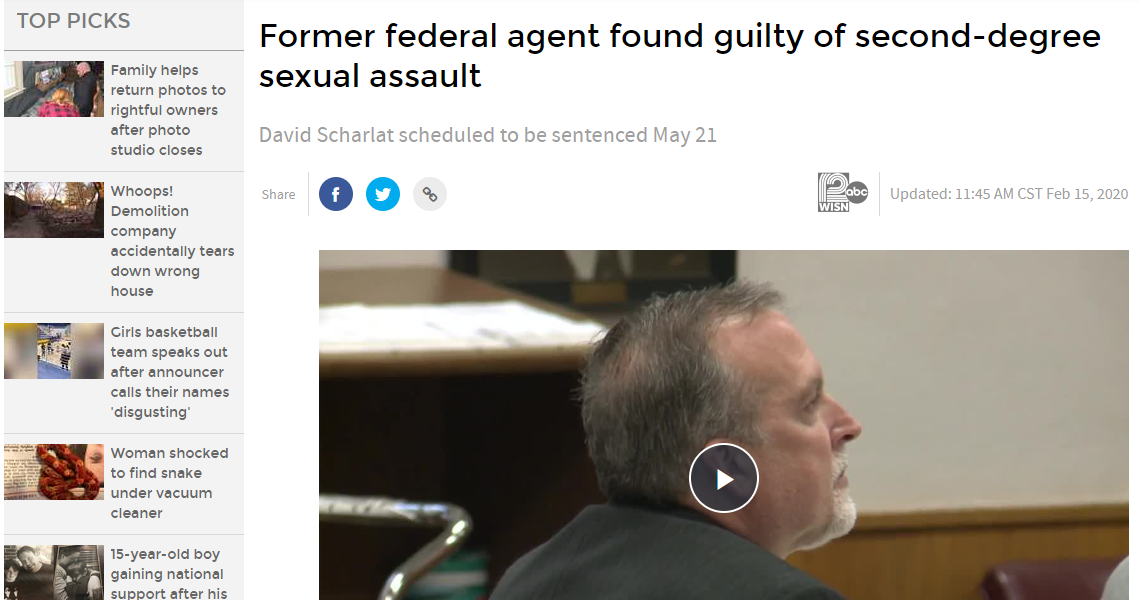 David Scharlat scheduled to be sentenced May 21

Scharlat claimed the encounters were consensual.

The jury found Scharlat guilty of one count of sexual assault but not guilty on four other charges.

Scharlat will remain out on bail while he awaits sentencing May 21.