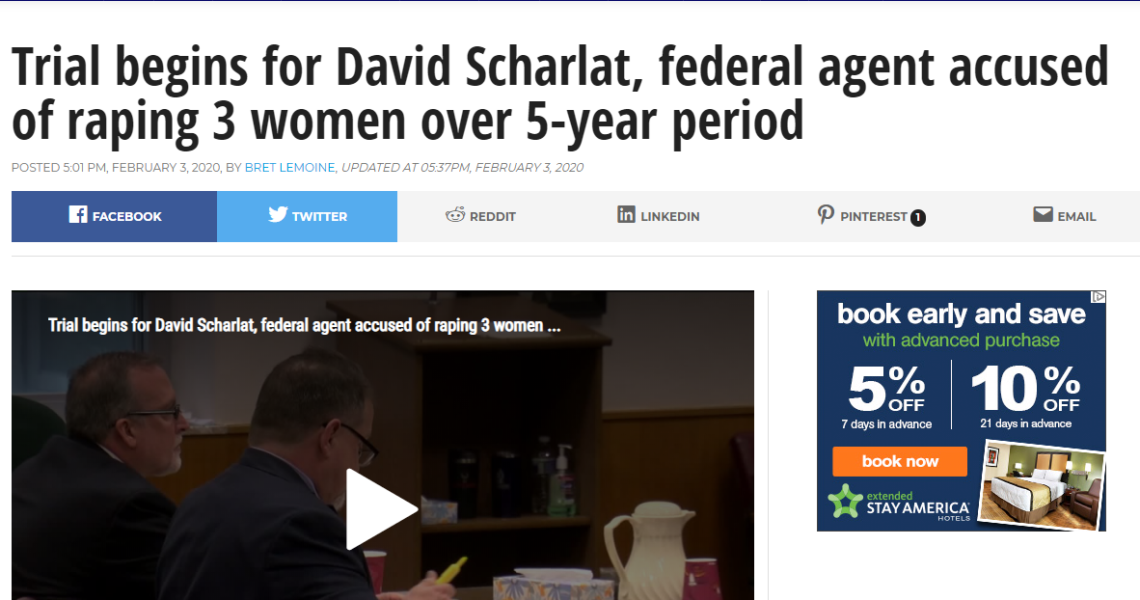 During jury selection, the judge told the jury pool this could be a long trial — with two and a half weeks blocked out for testimony and evidence. The day ended with opening statements.

Five felonies were filed in March 2018:

The details of this case were included in a 12-page criminal complaint describing the actions of a U.S. State Department employee accused of raping the three women while often times using his authority to intimidate his victims.

“This is a case about three women who were forcibly sexually assaulted by that man — David Scharlat,” said Melissa Zilavy, prosecutor.

“The government has to prove each and every element of the crime,” said Paul Bucher, defense attorney. “There’s five counts!”

The most recent allegation happened in a home in the Town of Brookfield in October 2017. Prosecutors said Scharlat took his ex-girlfriend back to a mutual friend’s house after a night of drinking. According to the complaint, that friend told investigators he told Scharlat “no funny business tonight.” The woman told investigators she woke up bleeding and believed Scharlat raped her. A sexual assault examination confirmed the injuries, the complaint indicated.

After the most recent alleged victim came forward, two other women reported assaults in 2012 and 2013. One of the women said Scharlat assaulted her multiple times, including once in an Oconomowoc hotel, saying he would “dangle his badge in her face.” The other alleged victim said Scharlat raped her at his Town of Oconomowoc home. She said he threatened her, asking, “Do you know who I am? I’m a federal agent.”