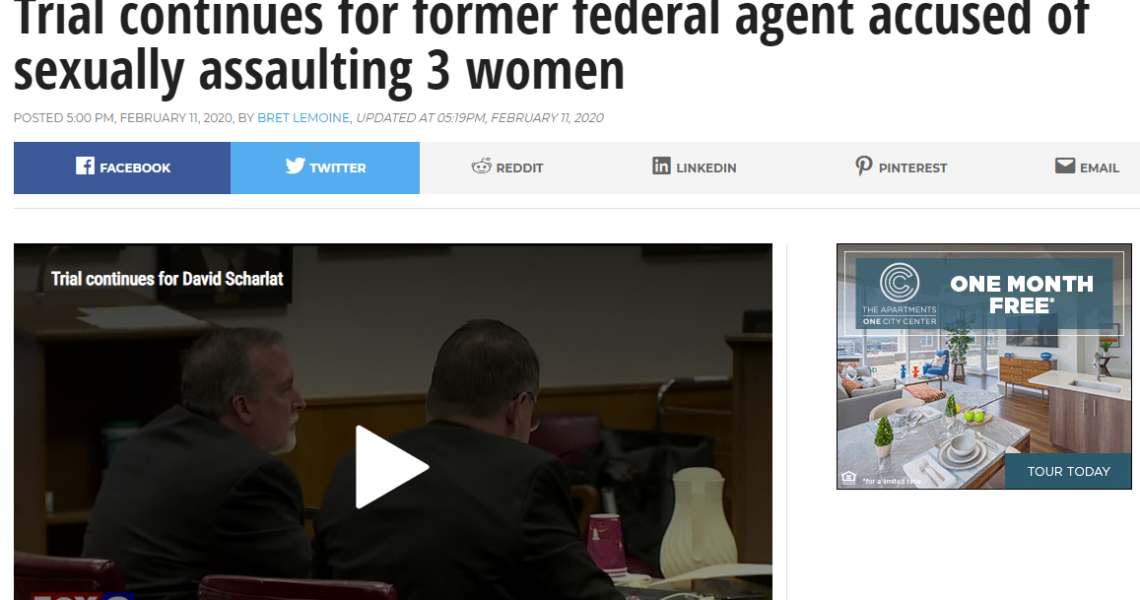 By Tuesday afternoon, the state hadn’t rested its case.

“Perhaps, I could just warn the jury that some of this is very graphic,” said Michele Hulgaard, prosecutor.

“Did she tell you at any time she called the police during this alleged assault on either the 19th or the 20th?” asked Paul Bucher, defense attorney.

“Objection as to relevance,” said Hulgaard.

“Do you know the answer to that, Ms. Frank?” asked Bucher.

Scharlat is a former federal agent who worked in diplomatic security service for the United States Department of State. Prosecutors said he used his position to intimidate women. One alleged victim told police Scharlat was aggressive and dangled his badge in her face.

Also on the stand Tuesday, forensic scientists who testified Scharlat’s DNA was found on bedsheets. This, after two attempts by the defense for a mistrial, and days where some witnesses spent hours on the stand.