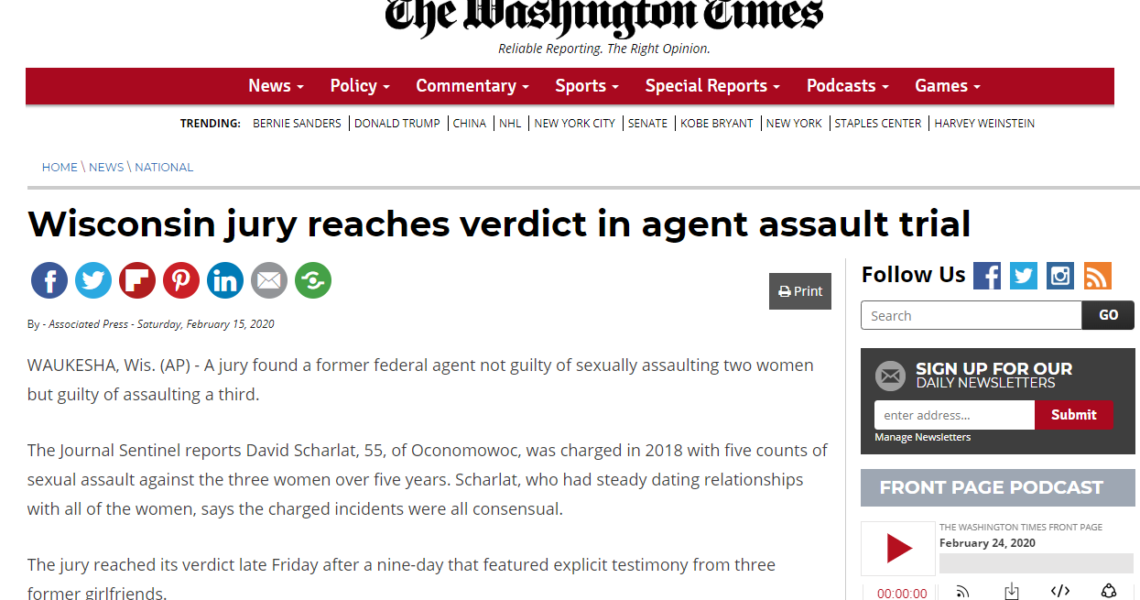 WAUKESHA, Wis. (AP) – A jury found a former federal agent not guilty of sexually assaulting two women but guilty of assaulting a third.

The Journal Sentinel reports David Scharlat, 55, of Oconomowoc, was charged in 2018 with five counts of sexual assault against the three women over five years. Scharlat, who had steady dating relationships with all of the women, says the charged incidents were all consensual.

The jury reached its verdict late Friday after a nine-day that featured explicit testimony from three former girlfriends.

Scharlat’s attorney, Paul Bucher, called the conviction inconsistent with the other verdicts,. He said Scharlat will appeal.

Assistant District Attorney Michele Hulgaard said the evidence showed Scharlat to be a predator who had no regard for the women in his life and took what he wanted from them, emotionally and physically. She said he used the authority of his badge and gun to intimidate them.

Scharlat worked in diplomatic security protection for the U.S. Department of State.

Scharlat faces up to 25 years in prison on the single conviction. He will remain free on GPS monitoring pending his sentencing in May.