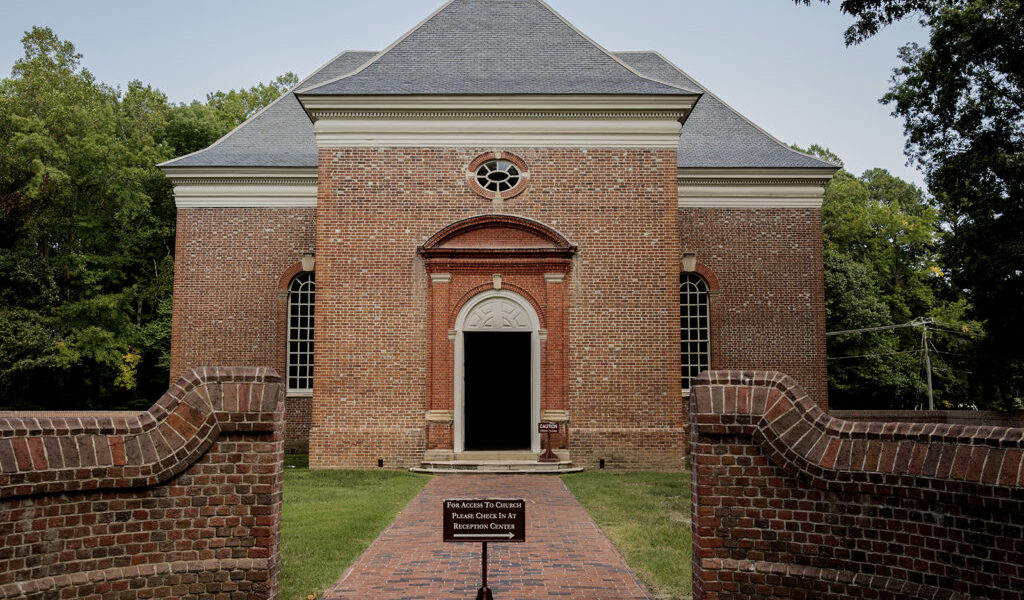 Historic Christ Church and Its Many Lessons | Roulez Magazine

This story originally appeared on RoulezMagazine.com.

Although I am far from “religulous,” I do consider myself a spiritual person. In this spirituality, I find a certain peace within the sanctuary of historic churches.

I grew up in the Episcopal faith in the Deep South, where all of my friends and acquaintances seemed to wear a tight Bible Belt of another sort. Those other churches intimidated me. Through their lectern, it seemed one could do little right as a human and they made me question myself as being on a path of “wrong.” But I was very quiet as a young girl. I minded my manners, got straight As — critical for Heaven entry, I presume — and only spoke to adults if directly addressed.

That is, until I was 14 and grounded year-round from that age into adulthood. I once found myself grounded from “everything but school” for 13 months and cannot even recall a transgression. So maybe I was not as bad as I thought, if the offenses are so easily forgotten.

In my church we were stiff and starch-pressed in appearance. But we were more relaxed about some things as compared to my Catholic, Baptist, Methodist, Church of Christ or hellfire-and-brimstone school mates. I liked being a bit left of center, when it came to having personal freedoms beyond the definition of a Footloose upbringing. Such freedom enabled us to get into and out of church in about one hour flat.

Despite our in-chapel stiffness of “Catholic Lite” or “Diet Catholicism,” I will never forget the shock of my third grade best friend telling people at school that we worshiped English ivy and flowers. She assumed this, as there were plants at each end of the long altar for our Sunday service. I guess the prayerful recitations for 45 minutes were lost on her, as the entire congregation and even the clergy rushed to get out the door and to Mick Jagger and Jerry Hall’s fave local Chinese restaurant “before the Catholics and baptists.”

But then again, maybe my friend had a point. Today, I do seem to almost worship in the great church of the outdoors, ivy and flowers.

As a child, some of my fondest memories were times spent on the family cabin cruiser on Lake Texoma. It was there that my priest’s wife stood on the bow of our boat, bright red swimsuit aglow in the beaming sunlight. As yachts passed by, she jokingly yelled out to the “sugar daddies” aboard each one. As for my priest, he also proved rambunctious in a swimsuit and on the sandy island where we anchored. I learned my most effective curse words from him. I loved these people in their zeal for life and as they showed me that there is not necessarily a broad gap between church and happiness.

In Virginia I have enjoyed another side to my Episcopal faith. That side is one of deep-rooted history, straight from England and through the Anglican faith. It was here that, upon arrival from their little island near Europe in the early and mid-1600s, our forefathers established their first religious freedoms. In that freedom, Anglican and Episcopal faith played a significant role.

All over Virginia are historic churches dating back hundreds of years. But some are particularly close to my heart and call me back time and again. Still, I am surprised each time I do not get struck down by lightning or that hellfire I heard so much about as a Southern child. My head does not explode when I walk in their doors and friendly tour guides even greet us at one. It is as if I am not the doomed soul I heard I was, so many times in friends’ churches during younger years. But then again, I only go into these beautiful examples of Georgian and planter architecture on the “other” six days of the week. So who knows what could happen on a Sunday?

Christ Church seems borne of apparent ego and self-righteousness. Yet, it is ironically clear of any false pomp and circumstance today.

In the River Realm of Virginia, a place of many peaceful settings, Historic Christ Church near Irvington is one of those places where you can enjoy introspection and a little bit of history, at the same time. At Christ Church, the great outdoors melds with the Georgian architecture of a beautifully understated sanctuary. Anyone interested in a fine example of our earliest American architecture can find a feast for the eyes here in Irvington.

This is the second iteration of Christ Church on this spot, as the first building was a simple wooden structure typical of the earliest days of America. Wealthy planter John Carter funded the first church in 1670. But as planter prosperity took over Lancaster County and Mr. Carter’s family standing increased on a parallel plane through the next generation, a new church was in order.

The next Mr. Carter, Robert, continued his father’s spiritual and architectural legacy through his 1730 funding of the current building, one constructed for three years until it opened in 1735.

A Father’s Legacy, A Son’s Hypocrisy

Of course, being a “saintly” planter in America’s early days entitled one to self-exaltation, right? That came in the form of a cedar-lined lane leading directly from the church doors to the Robert Carter Corotoman mansion on the Rappahannock River. Carter devised that lane, just in case anyone doubted his family’s position in society and, apparently, the Heavens. Lest God forget who he was dealing with, of course. Robert achieved such standing in his region, that all whom he gazed upon called him “King.” Again, lest God forget.

On our Roulez crew tour of Christ Church, we learned King’s own mansion burned to the ground only four years after its completion, in 1729. In his diary and true to Episcopal style according to my own priest’s behaviors, King was livid only about the loss of his prized wine cellar in the blaze. His mansion floor tiles became part of the new church. Today, you can make King roll in his grave by walking your own peasant, unrighteous feet atop those very tiles. It is your choice, whether to do so as a tourist and museum-goer, or to tread more lightly for a Sunday service in summertime.

It appears that King’s path from the church doors was a faith-based fail-safe for the new estate home that he never built. Instead, this second Carter died before Christ Church completion. Oh, the irony. He never had a moment of personal pride, riding in a carriage from Sunday worship to his 48-plantation estate on the river. His place of pride is now in a tomb adjacent to his first and second wives, in the Christ Church yard. The younger second wife enjoys a burial at a height clearly above the first Mrs. Robert Carter. She is also next to her husband, whereas the first wife is not within Robert’s direct line-of-sight. Even graves speak of the egos buried within.

After briefly exploring Christ Church visitor’s center and museum, you can take a private tour of the 1732 sanctuary. Enthusiastic and informative guides you would enjoy calling friends lead these walks through history.

The church’s exterior architecture is artful on its own. You can see that workers laid each individual brick thoughtfully and without haste. This intention has held this building together through at least a half-dozen generations. In fact, my own family tree branches through Christ Church, where some were baptized using its marble holy water bowl.

Walking down the two aisles of intersecting pews, you can almost see planters and their families in their designated places. Each box-style pew has a high back designed to keep attendees rigid and uncomfortable in their seats. This made them more apt to pay attention where attention is due. Today, you get a sense of the importance of spending time in church. In those days, a sanctuary also served as court and the showground of the social hierarchy. The pews are original, the actual ones worn smooth by generation upon generation of local families. Even Robert E. Lee may have sat upon one of the pews, as he is a descendant of Robert Carter.

Notably, Gentleman Jim Robinson — one of the wealthiest free African Americans of his time — was also a direct descendant of Robert Carter. Robinson was born on the Carters’ Pittslyvania plantation on the Rappahannock to Landon Carter, Jr. and a freewoman named Annah. Robinson took his tutor’s name. He then made his own mark in the world, away from the self-righteous shadow cast by his extended family’s church. He ultimately owned over 1500 acres of land by the time of his death in 1875. Even more remarkably, Robinson’s homestead was the site of two major battles of the Civil War at Bull Run. His property sat defiantly between the Confederate and Union lines. This put him at the very core of history. There, his most renowned Carter cousin’s Confederacy fought to perpetuate the evils of slavery.

Today’s comedian and television host Steve Harvey is a direct descendant of Gentleman Jim Robinson, and therefore the Carters, too.

Regardless of personal faith or lack thereof, one cannot deny Historic Christ Church’s many stories. You just need to read between the family lines of multiple brutal wars and life along the Rappahannock River. Otherwise, you breeze through the sanctuary walls and across its grounds without knowing the bulk of its story.

A guided tour takes you through the property and its immediate awareness. You also learn about the lives first touched by its presence. What offers so much more intrigue are the tales of where the church’s primary family – the Carters – went from here. At first glance, you think you know. But dig a little deeper and you learn the most factual of lessons from American history. That is, that many very different bloodlines, perspectives and origins come together at some point to weave the fabric of America. The family pew boxes and their aisles seem to symbolize this, intersecting under the lectern of Christ Church.

On one of my tours of Christ Church, I felt particularly introspective and troubled. So I asked of my own faith, “Can you send me a sign?” I walked through the sanctuary doors and toward the prestigious path Robert Carter intended for himself. It was then, that I received my answer through a litany of rainbows. Perhaps I will not be needing an exorcism, after all.