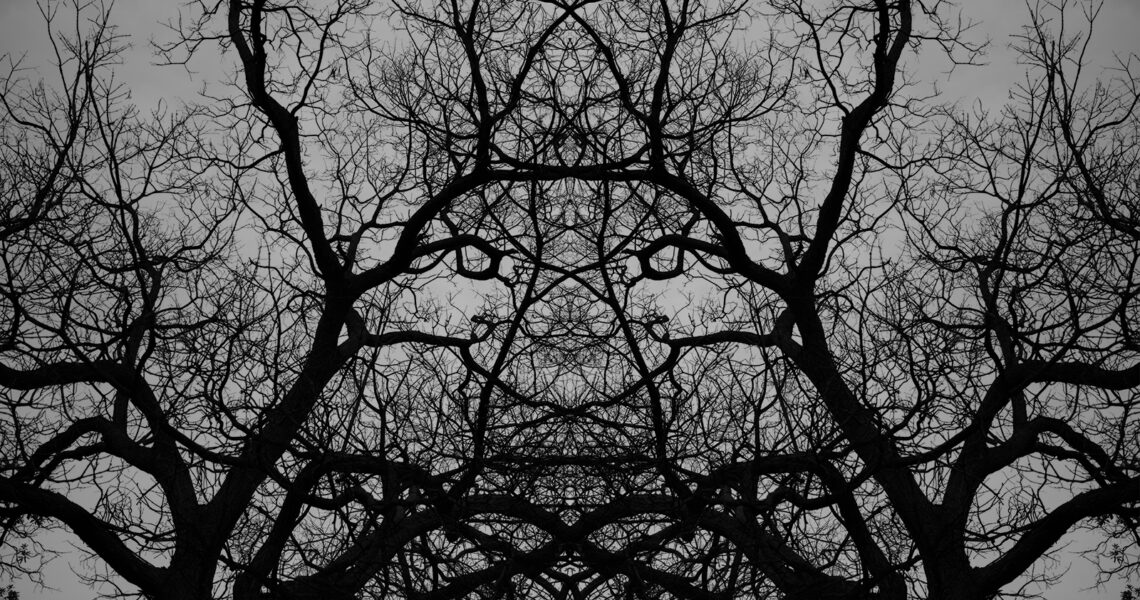 No Halloween is complete without consideration of some known haunted spots, whether you believe in ghosts or just love the folklore. Hampton Roads of Virginia, a region steeped in our history and home to multiple battlefields, certainly has its share of myths, mysteries and the macabre. Photographer Nicholas Crawford and I explore some of Hampton Roads’ most known haunts and share them here with you.

St. Paul’s Episcopal Church, built in 1739 and miraculously surviving all of the wars sweeping through Norfolk, is the city’s only remaining colonial-era building. Even the church itself was divided by a feuding congregation in 1797.

The last governor of Virginia loyal to the English crown, Lord Dunmore, attacked Norfolk on January 1, 1776. Patriots retaliated by burning loyalists’ homes, but this fire took out every major building in the city except the church. The HMS Liverpool fired its cannons into Norfolk, embedding a cannonball in St. Paul’s brick wall, with that ball remaining where you can see it today.

Union soldiers used the church as their own chapel during the Civil War, then returning it to its civilian use when Robert E. Lee surrendered. During World War II, Lord Mountbatten visited St. Paul’s, remarking on its embedded cannonball. General Douglas MacArthur’s funeral took place at the church before his burial in the nearby MacArthur Memorial.

With all of this war and history passing through St. Paul’s walls and churchyard, it is no wonder many people around Norfolk consider the site haunted. The church cemetery hosts tombstones dating as far back as 1673, including a memorial tombstone for the wife of Nathaniel Bacon, his Elizabeth.

The churchyard’s most reported haunting takes place through a figure repeatedly seen in the graveyard. It is said to be the ghost of Dr. Nicholas Albertson Okeson, the 26-year minister of St. Paul’s who passed away September 16, 1882.

Moses Myers (1753 to 1835), the first Jewish settler in Norfolk, was a leading business owner, regiment colonel and statesman in the city. His 1792 home at 323 E. Freemason Street housed five generations of his family through 1931. Their courtyard and garden are said to be where the ghost of Richard Bowden lingers, sometimes visible to passers-by at night.

After a business quarrel, Richard Bowden once beat up his business partner — Moses Myers — in the market square. In retaliation, Moses’ adult son Samuel shot and killed Bowden. Sam was found not guilty of manslaughter in Circuit Court in May 1812. But the likely angered spirit of Bowden still appears in a period top hat and cloak, pacing in the garden.

The Wells Theatre of 1913 has a storied history that includes musicals, movies, vaudeville, burlesque and even a time as an X-rated movie theater. Backstage was once the site of one of Norfolk’s most prolific gin joints and brothels. Now one of the city’s shining Arts jewels, the Wells Theatre has a haunted history, thanks to at least two tragic deaths.

One ghost is said to be a part-time stage hand and sailor who fell while working on the fly system. He was hanged, tangled in the rigging. His ghost keeps actors and crew on their toes, purportedly lingering backstage, hiding props and locking doors.

A second ghost is one of a child who reportedly fell from the auditorium balcony. The child’s laughter still pierces the silence from time to time, though the film she came to watch ended long ago.

Freemason Abbey and Things that Bump in the Night

Freemason Abbey, a popular Norfolk restaurant within a church dating to 1873, serves award-winning fare beneath the sanctuary’s stained glass. But behind the scenes, wait staff and management deal with the hijinks of multiple resident ghosts.

Troublesome doors, seemingly with powers of their own, open or close at will. The kitchen and bar provide scenes for opening cupboards, shuffling dishes and things falling from shelves. A dark figure bumbles about and somewhere an unknown lady weeps. Add to these occurrences the former owner said to take smoke breaks in the storeroom, and you have a modern-day tavern full of spirits.

The Battleship Wisconsin and the Mechanic Caught Off-Guard

The Battleship Wisconsin is a favorite experience of Roulez Magazine, one nobody coming to Norfolk should miss. But there is more to the ship’s story than we earlier presented. Of course, with the ship once being the largest in the Navy and housing so many souls for a multitude of wars, one might expect some sailors return to the place they know best. Many do so for present-day tours. But others seem to stick around in the afterlife.

A bright white mist is said to appear on the port side of the main deck, near harpoon launchers. A sailor who served during Operation Desert Storm on board the ship claims to have experienced this persistent mist. He reports he had to run away from it, as it kept appearing behind him on a pitch black night. He believes the mist to have been the spirit of an electrician killed when someone accidentally turned on the air conditioning unit he was servicing. Sailors claim this electrician stays on board, still loyal to the place where he lost his life while working to overhaul the ship in 1951.

Now Nauticus offers haunted tours on the Wisconsin, in response to public fascination about reported hauntings.

The Norfolk Pagoda and Stuck Souls

At the Norfolk Pagoda and Oriental Garden’s Blessing Gate, souls are said to linger because of their untimely deaths in the 5,000 gallon molasses drum once located where the arch stands. These deaths were industrial accidents, but the molasses created a sticky grave. Today, visitors sometimes claim to smell molasses as they stand beneath the arch.

Glencoe Inn at 222 North Street near Crawford Parkway, an 1890 Victorian inn, is said to still be home for one of its original Scottish immigrant residents. An elderly lady is reported to linger in the inn’s rose garden, where she lovingly tends to her flowers.

Gaffos House, at 218 Glasgow Street, is now a private residence. But in the 1850s, a resident doctor used the home to treat victims of the local yellow fever epidemic that wiped out one third of the population. One victim to the fever was a young girl, daughter to a widowed sea captain. Now more than 150 years after she passed away from the disease, the lonely captain’s spirit continues to visit her bedside in the home’s attic. Although today’s residents do not report seeing the captain frequently like those of the past, many locals believe his ghost remains.

Whether you believe orbs to be ghostly spirits or some other type of phenomenon, there is no denying their presence in Old Towne Portsmouth. After all, the yellow fever epidemic took thousands of lives here and many more were lost to historic events of the area. Spend a few moments with a night-vision video recorder or smart phone anywhere in Olde Towne, and you can capture some of your unexplained phenomena. The video below comes from my own living room, only a few days after I moved into the apartment and in close proximity to Gaffos House.

You can enjoy Olde Towne’s haunted treasures through a door-to-door exploration, thanks to October Ghost Walks.

If you were a Colonial era ghost, where would you haunt? We have to agree with the Adam Thoroughgood House apparition, who has been seen throughout the home and its gardens at 1636 Parish Road in Virginia Beach. With its riverside real estate and beautiful landscaping with equal parts sun and shade, this red-haired, colonial-attired ghost calls a lovely place her home.

Built in about 1719 by Adam Thoroughgood’s grandson, Argall Thoroughgood, the house provides a lovely glimpse into Colonial life. It is also a National Historic Landmark, offering daily tours on Thursdays, Fridays and Saturdays. A haunted Halloween tour occurs in October.

The last prosecuted witch in Virginia lived in Virginia Beach. The Williamsburg court convicted Grace Sherwood, the Witch of Pungo, of witchcraft through trial in 1706. Witnesses claimed her capable of changing herself into a cat, damaging crops, bringing on miscarriages and doling death to livestock. But the real story is more likely one of her being an enviable farmer, healer and midwife — an attractive woman who was tall and slender. She grew herbs and wore trousers, surely setting the gossip mill afire.

Sherwood spent eight years in prison after conviction. Ducking her in the river determined her fate. According to folklore and the courts of the era, if she sank in the water, that would prove her innocence. Coming to the surface would prove guilt. Like anyone trying to live through such an experience, Grace came to the surface.

After her imprisonment, Grace returned to her farm life and lived privately until she died around the age of 80. Today, you can visit a statue erected in her honor at 4520-4540 N Witchduck Road in Virginia Beach. But her spirit appears in the form of a bright light each July. The light roams the banks and waters of Witch Duck Bay, where Grace sealed her fate in the river.

Recent Smithfield folklore claims the return of a man who once drowned in the river on which Smithfield Station’s bar and restaurant sit. This old guy bothers no one, but courteously appears after closing time to quietly enjoy his libations. He sits at the bar as he sips and then returns to from whence he came.