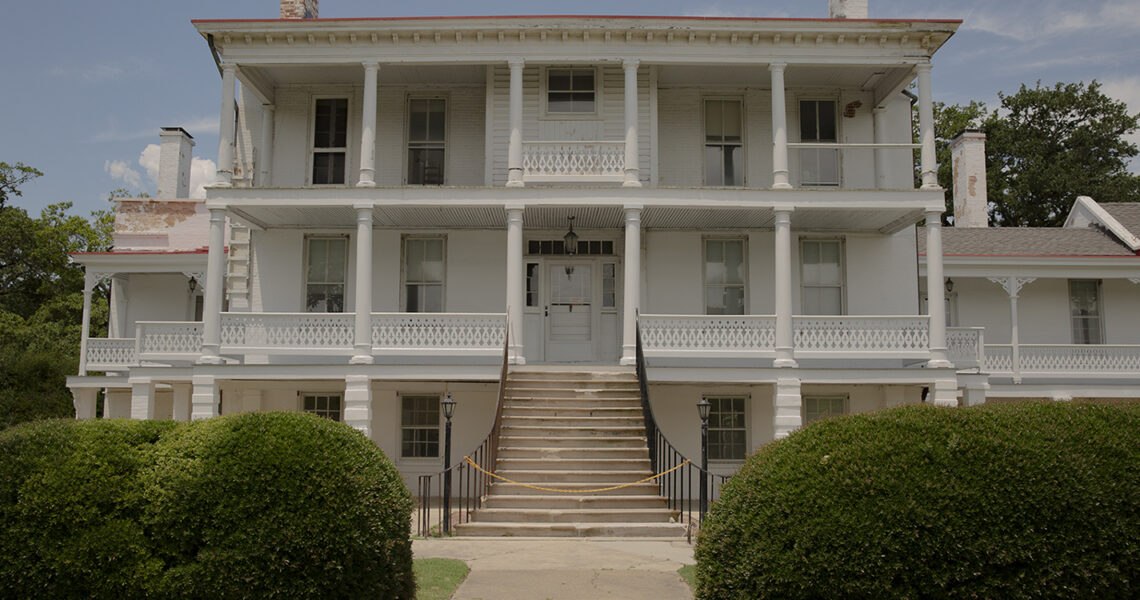 I grew up in a haunted house.

Wait, let me rephrase that. I learned about 15 years ago that some family members like to pretend nothing ever happened. They said, “Don’t say it is haunted!” Meanwhile, none of us slept at night. So let me rewrite our history a little.

I grew up in a house that made a lot of noise. It had a reputation throughout the town, one of being haunted. One friend refused to come up the front walk or into the house at all based on his own “gut feelings” of fear.

So we can pretend my mother and sister and I never fled into the street screaming in the middle of the day, dialing police as we ran. A mirrored door in my parents’ bedroom had slammed so loudly on its own that it shook the whole house. We thought the mirror had to have broken.

We can pretend we did not awaken every night multiple times to loud walking in our bedrooms and beyond. It is also easy to “forget” that the ceiling mounted motion detectors flicked on and off, on and off with these invisible footsteps, just as lights often flickered on in the middle of the night as we slept. Let us also forget that the town police arrived, guns drawn after our burglar alarms with previously cut wires alerted them to a false home invasion on Christmas morning. We refer to that incident as, “The day the shaking police officer held a gun to my sister’s head.”

Then there was that time that the person who denies fled screaming loudly from a bed in our double room, leaving me alone in the dark without explanation. I was frozen in fear and crying for mercy under my covers. The ceiling fan shot sparks with a small flame from one side and started “growling” as it churned above my feet. I eventually summoned the strength to run but had to go back to that bed that school night. Oddly, the fiery, growling, churning ceiling fan worked fine and never again shot fire.

Maybe while we are it, we can pretend my father never sat at the top of the winding staircase with his weapon, peering into the darkness. He was trying to find the source of the loud knocking on walls and windows that kept us awake night after night. He had “had it” and I believe the medical scientist in him wanted to see an intruder was making the noise. The rest of us had long before – years ago – resigned to the noise as being from unseen sources.

Later, thanks to a Victorian mailed postcard from an unknown New York resident to our home address, we saw the image of our house as it was in the 1800s, before it was moved back several yards on the property. We also learned the mayor once lived there. Later it was a funeral home. When the house was moved back on the property and rebuilt, beveled glass windows and fireplaces from the old structure were integrated into the new home.

I do not believe the “hauntings” came from the family who built the newer property. They had a lovely family history of a young daughter who became Sweet Potato Princess. As she stood on the balcony of the home’s facade, she was proposed to by a dashing airline executive who whisked the beauty away to live a real jet-set life.

Back to my original track here: The house was noisy, perhaps from its funeral home or pre-World War II history. Some of us pretend none of that happened.

Is there such a thing as ghosts?

I even live in a house from 1856 now, one that presents a nightly orb storm beyond anything I have ever seen before. Yes — orbs are something many people explain away as not being “supernatural.” I just know that I prefer to let them do their thing without me crossing their path, in that room I do not use. So they dance about like clockwork, every night between 9:00 p.m. and 11:00 p.m. as they enter, then every morning between 4:00 a.m. and 5:30 a.m., when they exit to the place from which they came.

I have — long since discovering my orb roommates — turned the night vision security camera away from their travel routes. Whatever they are, maybe I should just let them go about their business in peace. That is, with the exception of my cat Cookie Monster who now stalks them every night as his new sport. It only bothers me a little that he sees them and responds as a hunter.

All of this history and activity actually give me peace, as I believe from personal experience that there is more to this existence than just what we live in the seen world. But that is my belief and does not have to be shared for me to feel “validated.” It is a very personal belief.

Apparently, it is a belief some other people share.

To Visit Some Ghosties

This past week, Roulez Media’s creative director Nicholas Crawford and I ventured to Fort Monroe in Hampton, Virginia. We are intrigued by local folklore of the long-purported hauntings of the pre-Civil War fort. More importantly, Nick has never been there, so I have to share one of my favorite local places with him. We need a break from our offices and to breathe some fresh air. So why not breathe supposedly-haunted air?

We did not go on a ghost hunt so much as we wanted to find the locations of long-told Fort Monroe stories. Frankly, I do not inflict my beliefs of the hereafter on others in my daily life. Even more, I do not subscribe to the notion of fooling with or stirring up whatever is “out there.” I still struggle in the night after my childhood experiences, never sleeping without a pillow covering my eyes and ears (much to the disdain of anyone who ever shares my bed).

What I do enjoy is exploring places attached to myth or legend. And oh, if anywhere holds legends, myths, secrets and stories to be told, Fort Monroe is one such place. It is beautiful, peaceful, historic and — according to locals — haunted.

All of the ghostly locations we scouted today are described in the Fort Monroe Casemate Museum’s own book, “The Ghosts of Fort Monroe.” So we are not disturbing present residents, nor spinning our wheels in the dark with flashlights in hand. In fact, this is likely more an adventure of sightseeing that anyone can take. Fort Monroe has so much visual richness to offer on its own that ghosts are sort of a “given.” The actual history of the island is more interesting than the mists and shadows that bump in the night.

Without further ado, tour Fort Monroe with us as we scope out the houses and outdoor areas of this historic fort’s most famous ghost stories. Simply click through the images below.