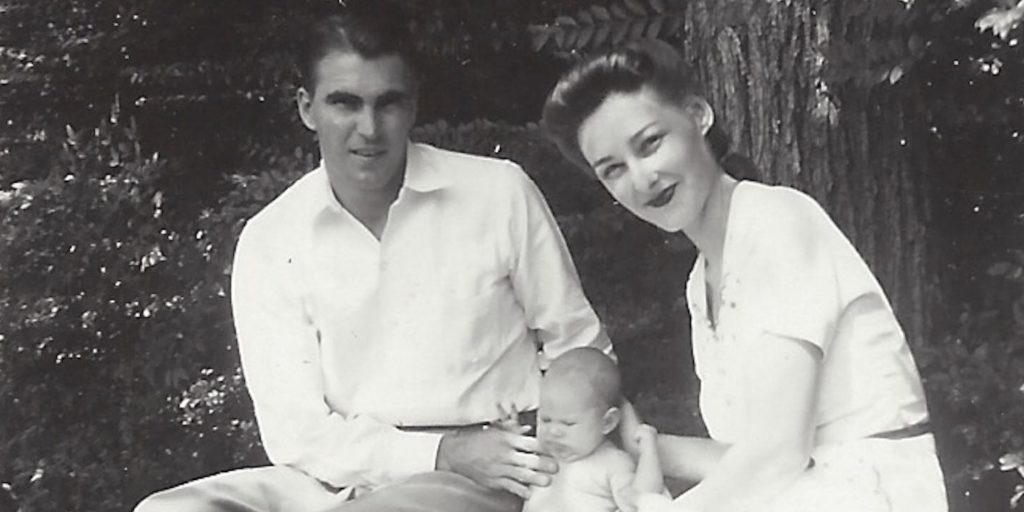 As a preteen and teenager I lived in an old home constructed during the Great Depression. As I have explained through another story, the house was a new construction in the ’30s, albeit one that used aspects of a preexisting manse in the newer build. The original couple who designed and built the Colonial Revival lived there from the 1930s until about 1981. They raised one daughter in it, Jimmie.

I knew Jimmie’s name and taste in bedroom décor. But I never got to know Jimmie, herself. I only knew my clothes now hung in a fully wallpapered closet where her clothes once did. I dressed in a full-length mirror she once used. My silk curtains were her silk curtains. Her antique writing desk with velvet cushion had been left in the room so that writing desk was where we sat to write. I say “we,” as I shared my bedroom for a while with one of my sisters. The room was so enormous that it felt like it swallowed us up.

Eventually, my older sister moved out and I just remember feeling so lonely in that giant space. In fact, my present apartment now is the same size as that one room, closet, “telephone room” and bathroom that were custom-designed for Jimmie.

From this vast space with its plush décor, I could tell Jimmie was adored. But who was she and what became of her?

Clues in the Attic

As my sisters and I settled into our new household, we explored every corner of every floor. At the top of the house was a full attic, one with a hidden staircase leading upward and one of those heavy weighted doors opening into it. The attic had several windows across its façade, three dormers looking out to the main street. On each side were Amityville Horror-worthy windows typical to these old homes. They were covered by old dusty shades I never even had the guts to approach, much less move aside for a peek beyond.

In this attic upon move-in was a solitary heavy wooden box. It was rectangular and had wheels on each corner. Those wheels were the only thing differentiating it from a casket. Of course, in our minds, a body had to be in there. We dared each other to open it and squealed as one of us finally did. We expected it to be empty. It was not.

Inside the box were dozens upon dozens of news clippings about a little baby boy who had passed away. We shuffled through the yellowed newspapers and magazines, wondering who this boy could have been and who he belonged to, among the few people who lived in this house.

When we moved the clippings aside, we uncovered even more of the box’s secrets. There was a stuffed giraffe, missing a nose and obviously once beloved. Knitted caps, layettes, jackets and booties in beautiful fine knit with silk ribbons as closures looked as if they were just worn. A silver rattle and other toys added to the mystique. The baby’s name was different than the homeowners, so we were unclear as to the connections. We just knew that house had held many tears after an apparent tragedy.

We sealed the box and I never again looked into it. My parents moved it to a part of the attic where I was not comfortable going, as it was too far from the door. We believed our house “haunted,” so we only went up to that floor when we had no choice. Even then, an excursion involved using the buddy system or a psychological tether between ourselves and the open door. Let me tell you one thing, each time that heavy door hauntingly defied its weight and closed on us, there were many screams heard in that neighborhood!

As I grew up in that home, occasional things said around town would catch my attention. I remember a florist saying how much he loved Jimmie and how breathtakingly beautiful she was, despite having broken his heart. He said Jimmie’s beau had proposed to her from below as she stood on the Juliet balcony overlooking the front porch with its majestic columns.

The beau was someone in the airline industry. I heard the name Braniff once or twice. All I knew was that Braniff was an airline struggling in the 1980s, deep in debt and dealing with a crash or two.

I went about my life. I married and moved to Europe, only to return twice more before the house was sold as my parents made an exodus from the South to New York. I left Jimmie in a box in my mind, much like the baby’s memories were left in that box in the attic. As I left my former bedroom, I really felt it belonged more to her than it ever belonged to me.

Sudden Acquaintance with My Roommate

Several nights ago, ten days maybe, I met Jimmie. I did not meet her face-to-face or through mutual connections. Instead, I met her through a simple web search, as we all seem to meet each other these days. She passed away in 2016 and sadly it is that passing that enabled me to find her.

Behold, the beautiful young lady and Sweet Potato Princess who was my roommate for so many years:

I’m sure no one would argue that Jimmie was the beautiful lady I had believed her to be, based on the stories I had heard and her imprint on the surfaces of my room. But Jimmie lived her share of difficulties and life did not prove as easy for her in adulthood as it seemed to on the surface of her teen years. In so many ways, we share parallels there, too. Maybe that is why my heart aches for the beautiful lady who was my roommate in that soft blue bedroom that seemed to go on forever. Did she feel alone in that vast space, too?

Jimmie married her sweetheart in 1942. His name was Harding Luther Lawrence, a dashing young airman in the US Army Air Corps. He spent time at Sheppard Air Base, just as I did – ironically – after my own wedding to a guy who would enter the Air Force in our first year of marriage. I have to presume Jimmie either lived at Sheppard with her husband or visited him from time to time. My new husband, also like hers, was a private pilot.

In the 1940s, Jimmie and Harding had a lovely baby boy named Harding Luther Lawrence, Jr., as this photo from the Braniff Airways Foundation shows.

The photo shows them sitting on a cement bench where I used to sit with my cocker spaniel, collie and miniature schnauzers. I loved that backyard and always laughed to myself about how much the bench – one of several like it dispersed about the property – leaned forward, making it difficult to stay seated.

But the most impactful thing I noticed about this image was the young parents’ pride in holding their new son steady. My heart breaks in knowing what was to come so shortly thereafter as evidenced by the wooden box in the attic. A tragedy. A tragedy befell the beautiful lady and her debonair husband.

I have always mourned my own miscarriage, one I sense in my bones each October. But my early miscarriage was not the tragedy poor Jimmie endured with her firstborn, the baby who loved that little stuffed giraffe so much that he wore its nose away and pulled out one or both of its eyes.

After the infant’s death, the young couple seemed to go on with their lives. They had three more children and spent time socializing with the who’s who of both coasts.

You can learn more about how Harding Lawrence’s career quite literally took off in the airline industry and how he became the Golden Boy of Continental and Braniff. But what I dwell on is Jimmie and how her world changed again in the 1960s, when Harding enlisted the help of a Manhattan advertising agency for Braniff Airlines.

The agency was none other than the one founded by Mary Wells, the beautiful blonde who took the Manhattan ad man lifestyle by storm. She is presumed to be the person on whom the Peggy Olson character on AMC’s Mad Men was based. She was the first female CEO of a corporation listed on the NY Stock Exchange. Wells is impressive at the least and inspiring, to be certain. I – like Mary – have spent my career in communications (her, advertising – me, marketing and public relations). Let me tell you, she pushed through barriers I still work to push through today. She did it 50 years ago.

I must also say that Mary seems to have had the storybook life with Harding Lawrence that I have to wish Jimmie had been afforded. In Harding and Mary’s photos together, love seems to exude between the two of them even when they are feet apart. To me, this shows proof of what I know, that later marriages are sometimes the right ones. Early matches are often made too early to truly know what you want or need from another person. I find it sweet to see how loving this new couple seemed to be, although I have to hope Jimmie found the same for herself after Harding, too.

No one can knock the later Mrs. Lawrence for her successes, beauty and seeming love of her husband. That is for certain. She is an icon of Manhattan business and working women everywhere.

[Side note: one summer day in the 1980s, a postcard showed up at our home from New York City. It was a watercolor image of the mansion originally on our property, the one from which fireplaces and beveled glass were taken for the newer build. Because it was unsigned and required some depth of knowledge about our home’s history, we can only guess it came from Ms. Wells or Harding Lawrence — likely found in family documents or photos from his first marriage to Jimmie Bland.]

Peace in the Knowing

Now that I know the story of Jimmie after 30 years of unanswered questions and have knowledge of her beauty, time spent in the big blue bedroom, love and children, I feel some warm closure in my life. I waited so long to learn about her, it seems. The world of technology had to catch up to my world of interest.

Sadly, that time comes three years too late. I will never know Jimmie in person. But perhaps I can learn from her life and even the life of Mary Wells Lawrence. Maybe that lesson is that I still have much living to do and I should do well enough to intrigue the next young lady who daydreams in that blue bedroom.

The writer’s childhood home – and Jimmie’s – became an inn in the 1990s. Many people then dreamed sweet dreams where both young ladies once did.